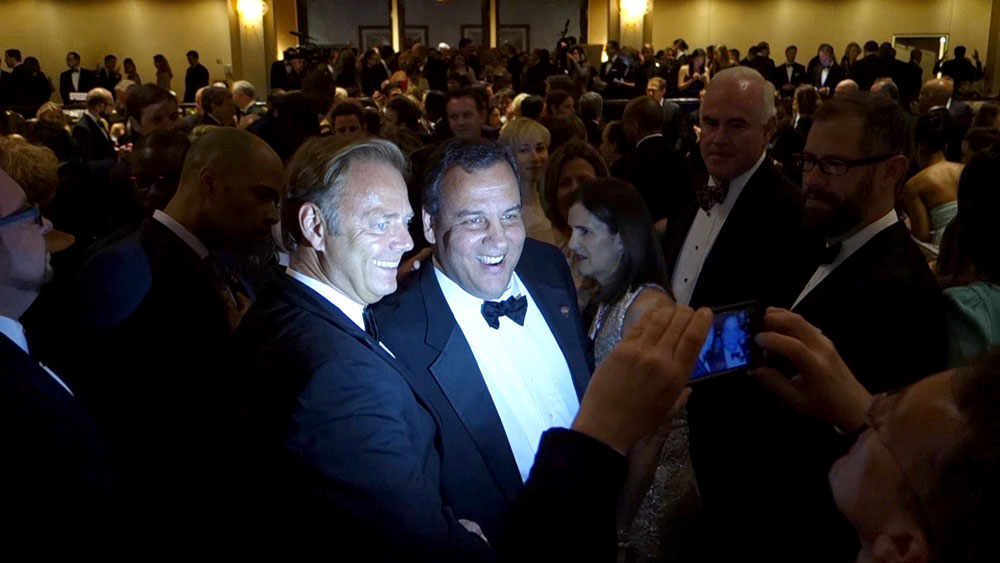 Why I made this movie

For ten years I’ve covered and observed this dinner and these parties. I remember in 2003 — having just moved to Washington, D.C. and into an apartment building just blocks away from the dinner’s location at the Washington Hilton — hearing from friends that if you just slap on a suit and tie, you could walk into the Washington Hilton and rub shoulders with politicians and celebrities in the hotel lobby. And so, being an impressionable 25 year old, I did just that.

It worked and I was amazed, even though I couldn’t tell you for the life of me whom I actually saw or met that year. And if you would have told me at the time that I would end up making the White House Correspondents’s Association’s annual dinner one of my top reporting beats, I would have thought you crazy (at the time, I was attempting to be a deadly serious writer at the Brookings Institution think tank).

Over the next decade, that dinner and that week of events somehow became one of my top areas of expertise as I hopped around reporting jobs at the Washington Examiner, mediabistro.com’s FishbowlDC blog and Politico.

Just how much of an expert? Well, this will give you a taste: Type this search query into Google (site:politico.com “patrick gavin” “white house correspondents”) and you’ll get back over 700 results.

In other words, lots of silliness and not a lot of substance.

And, Washington being a small town where everyone-knows-everyone, I wasn’t exactly encouraged to look under rocks and ask tough questions of some of the town’s top power players. There were no expectations of me to probe why this event had taken on such importance in perhaps the world’s most important city. I remember in 2013 when, while at Politico, reporters were given a list of questions to ask celebrities should we bump into them throughout the week. They included such questions as: “What was Air Force One like?” (if I ran into Jon Bon Jovi) or “Do you ever e-mail with President Obama anymore?” (if I ran into Scarlett Johannson) or “Do you think Obama is funny?” (if I ran into Tracy Morgan).

To be fair, hardly anyone around town was covering the events with any substance or depth, either, even with the nibbles and pecks of criticism each year. All of this led me to realize: There’s got to be a story here. And when I realized that the White House Correspondents’s Association was celebrating its centennial in 2014, that seemed as good a time as any to finally get some answers to the questions I’d always get from people outside of Washington: What exactly is this dinner about? Why do dozens of celebrities come in town for it? And what are all these parties for?

The search for those answers resulted in, “Nerd Prom: Inside Washington’s Wildest Week.”

Thanks for reading the story of why I decided to make this film, next time I’ll share a bit more of how the film came to be, until then, be sure to “Like” us on Facebook and share with your friends!