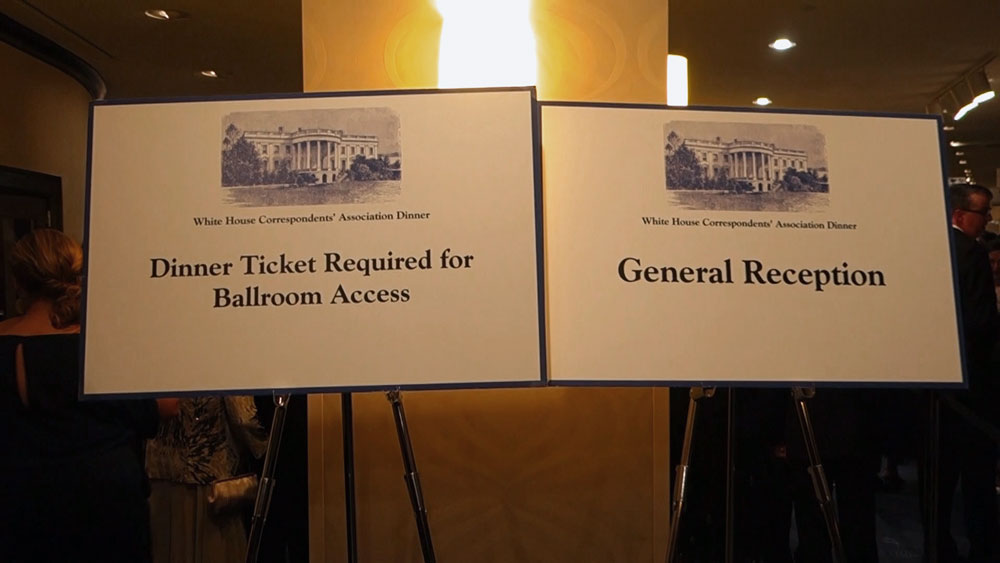 Thanks for visiting this site and for being a part of a year long filmmaking journey that has resulted in the first documentary about the White House Correspondents’ Association’s annual dinner and its surrounding festivities: “Nerd Prom: Inside Washington’s Wildest Week.”

The dinner started in 1921 as a small gathering and also as a way for White House reporters and government officials to let down their guard and just have a few drinks and laughs. Nowadays, however, it is the single most momentous and eventful occasion each year in Washington, D.C., and one that has grown to over 2,600 attendees. And it’s not just about the dinner any more: The dinner has spawned a nearly week long roster of two dozen parties that virtually shut the nation’s capital down.

It is perhaps the single most important event for many Washington power players and those trying to influence them.

While many Americans might know of the dinner — or at least they’ve heard of it — it is likely through a quick Monday morning recap of the best jokes told at the dinner by the President of the United States. But that’s not even half of the story. You can rest assured that, in a town like Washington, D.C. — perhaps the most important city in the world — its most significant event each year has more at stake than simply funny one-liners.

That, to me, seemed like an interesting journey to undertake: Just what exactly was this week about? Why do six dozen celebrities come into town for it? And why has an event filled with pomposity and self-celebration taken on such importance in a town that was built on public service?

We found out those answers and more in, “Nerd Prom: Inside Washington’s Wildest Week.”

Come join us for the expedition. Keep up to date about the latest news as we get started on this adventure: Join our email list.